Three weeks ago I was in wet and windy Scotland, marvelling at Prof Manuel and Prof Matt’s work at Glasgow University to develop a technique to replace missing bone in landmine survivors.

Under a cloudless Jordanian sky that wet and windy Scottish day seemed a million years ago – yet the project we discussed then has a very real resonance to what I was witnessing now here in the Middle East.

Over eleven days in Amman I saw how a small group of dedicated people could work wonders to make the lives of those who fled conflict in Syria, Iraq, Lebanon and Palestine a lot more bearable. Manuel’s words echoed in my mind “the object is not to replace entire bones, but to provide enough bone to attach a prosthetic to, thereby improving the patient’s quality of life.” Some of the people I met in Amman could have their lives radically enhanced by the cutting age technology being developed in Glasgow.

So why was I in Amman? The magic link between the two cities is Find A Better Way, and there were three reasons for me to be in Jordan:

The first was to attend the International Conference on Assistance to Victims of Landmines and Other Explosive Remnants, which was to feature the Find A Better Way project in Amman.

The second was to meet and accompany the delegate from the International Development Select Committee I had invited to Jordan to gather evidence on best practice in victim assistance and the impact of the conflict in neighbouring countries on Jordan itself;

And finally, and most importantly, I was there to visit the Sir Bobby Charlton Centre for Support and Rehabilitation in Amman managed by the larger than life Akram Ramani. 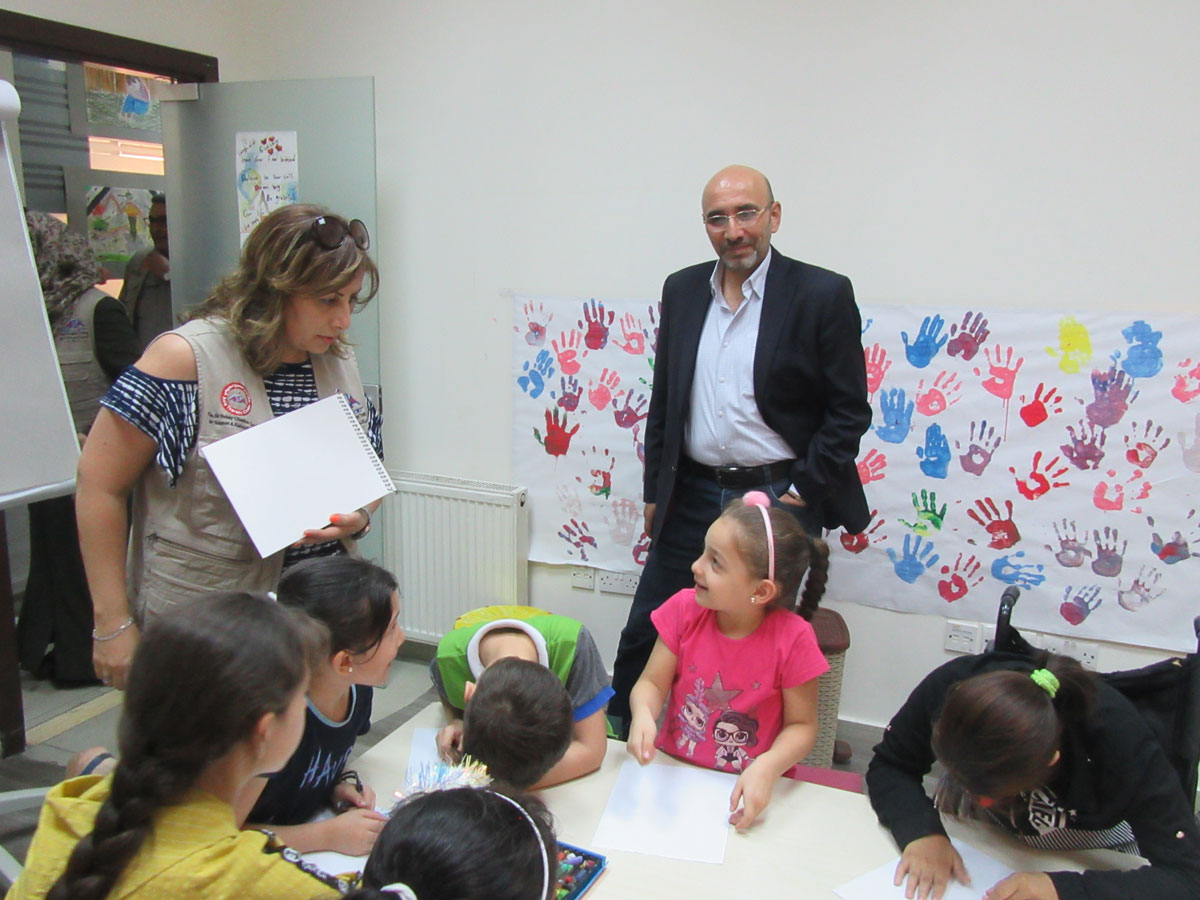 Over the last 12 months, Lou McGrath CEO of Find A Better Way had been talking to me about the Sir Bobby Charlton Centre and about Akram, but nothing could have prepared me for the reality of either the centre or of the man. Akram is one of those forces of nature that once met is never forgotten.

My first impression of him was Kerim Bey the Turkish ally of 007 from my favourite James Bond film From Russia With Love – a man so in tune with the Middle East and all its issues that he could use his vitality and charm to make amazing things happen. Akram radiated passion, in my ten days I did not see him stop work – constantly networking, inspiring and motivating his staff and at every opportunity encouraging the children and patients in his care.

The Centre though was even more surprising – and impressive.

On the second floor of a city centre office block, above a bank, it was not quite what I expected. But Akram explained. “We don’t just work with people from the camps, we work with Syrian refuges from across the city – it is more efficient to bring our patients and children to us here, also it gets them out of their daily environment. They look forward to their visits here – and some of the children call me Uncle Akram and don’t want to leave!”

The team at the centre was testament to Akram’s power of personality. To say they respected him would be too inadequate; they were dedicated to both the centre and to Akram. There were physiotherapists, psychologists and outreach workers, a Professor of Psychiatry and a retired General as the Office Manager who ensures the centre is up to standard at all times both in cleanliness and safety. He also deals with local and government authorities.  Finally there was the stalwart Mahmoud, my almost constant companion / driver / body guard / interpreter for the entire trip. 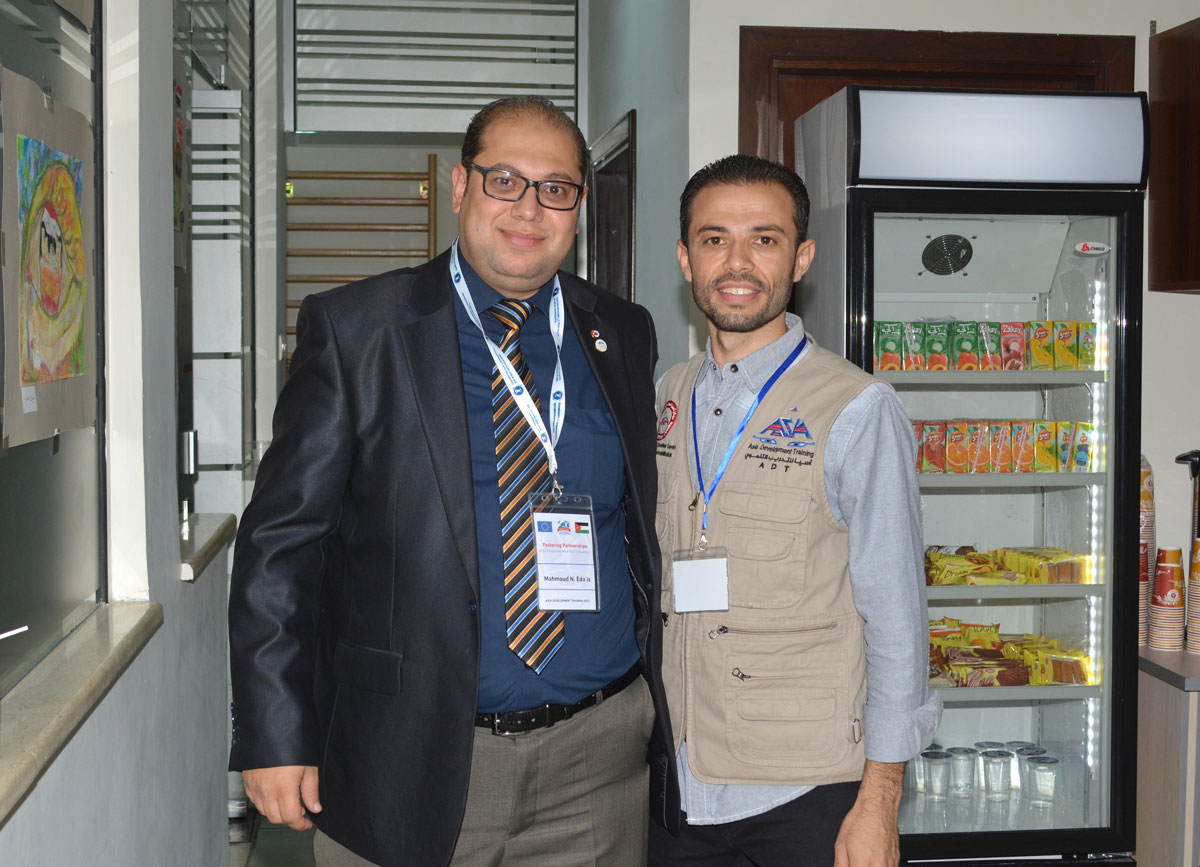 On every wall around me in the centre were paintings. Colourful, poignant paintings, naive crayon drawings, delicate sophisticated water colours – and all with heart-wrenching stories behind them. These paintings are what I had been so anxious to see they were made by children who had witnessed and suffered appalling violence in their home country of Syria.

The art therapy scheme developed by Prof Nieveen Abu-Zaid has been running at the centre for the past three years and proving to be measurably successful. Prior to that it Prof Nieveen ran sessions in different schools when she was able.

I was anxious to see the paintings because in October last year we had an exhibition of similar paintings in parliament – and they had stopped the politicians in their tracks. If no other means of getting the message of futility of conflict across could melt the hearts of hardened MPs, then these paintings could. 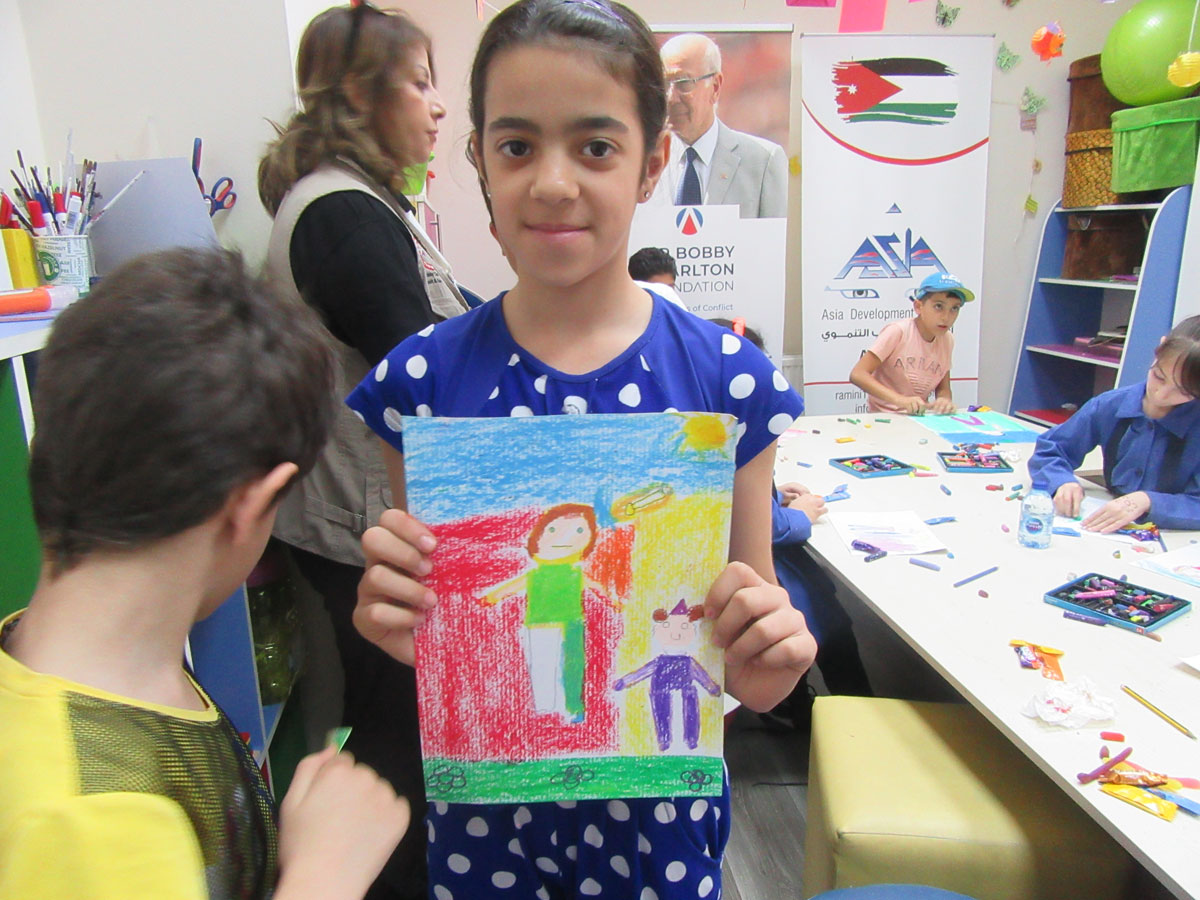 Pictures of bombs falling on schools, pictures of children with missing limbs, pictures of graves in neat new rows, it was a gallery of horror that you couldn’t take you eyes off.

We met the children – beautiful smiling children – but behind the smiles of some were obvious signs of insecurity, of incomprehension and of indecision. These were children whose lives and bodies had been ripped apart by the ugliness of war – yet they greeted us with trust and incredible politeness.

Lou and I sat with them and we were given paper and crayons to join in. Our artistic endeavours were put to shame – little Roma, a child of five or six, engaged me in a conversation that I sadly couldn’t understand but which clearly referred to the furry creature she was drawing – a favourite toy that she had had to leave behind in Allepo. 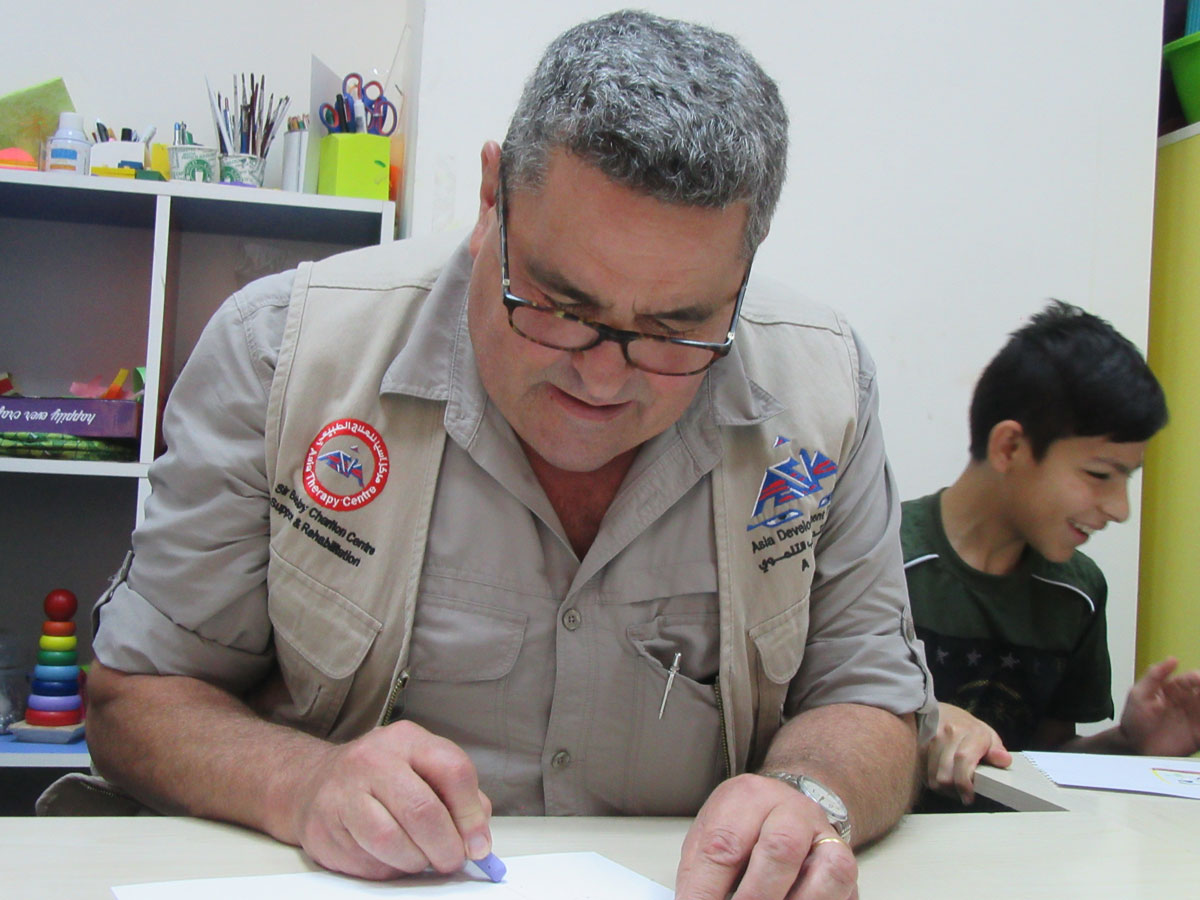 This was a deliberate theme of the session – each child was drawing something they had cherished and lost. Prof Nieveen explained “It gives them a sense of life when it was normal – and the idea that life could be normal again.”

Roma chattered on and I marvelled at the resilience of children, however I was also overwhelmed by the enormous task that Akram, Prof Nieveen and the Sir Bobby Centre team had taken on.

More to follow as Nigel and Lou head out with the centre’s outreach team.